Howdy Y'all!  Are you ready for some Bloody Mary Infused Vodka? 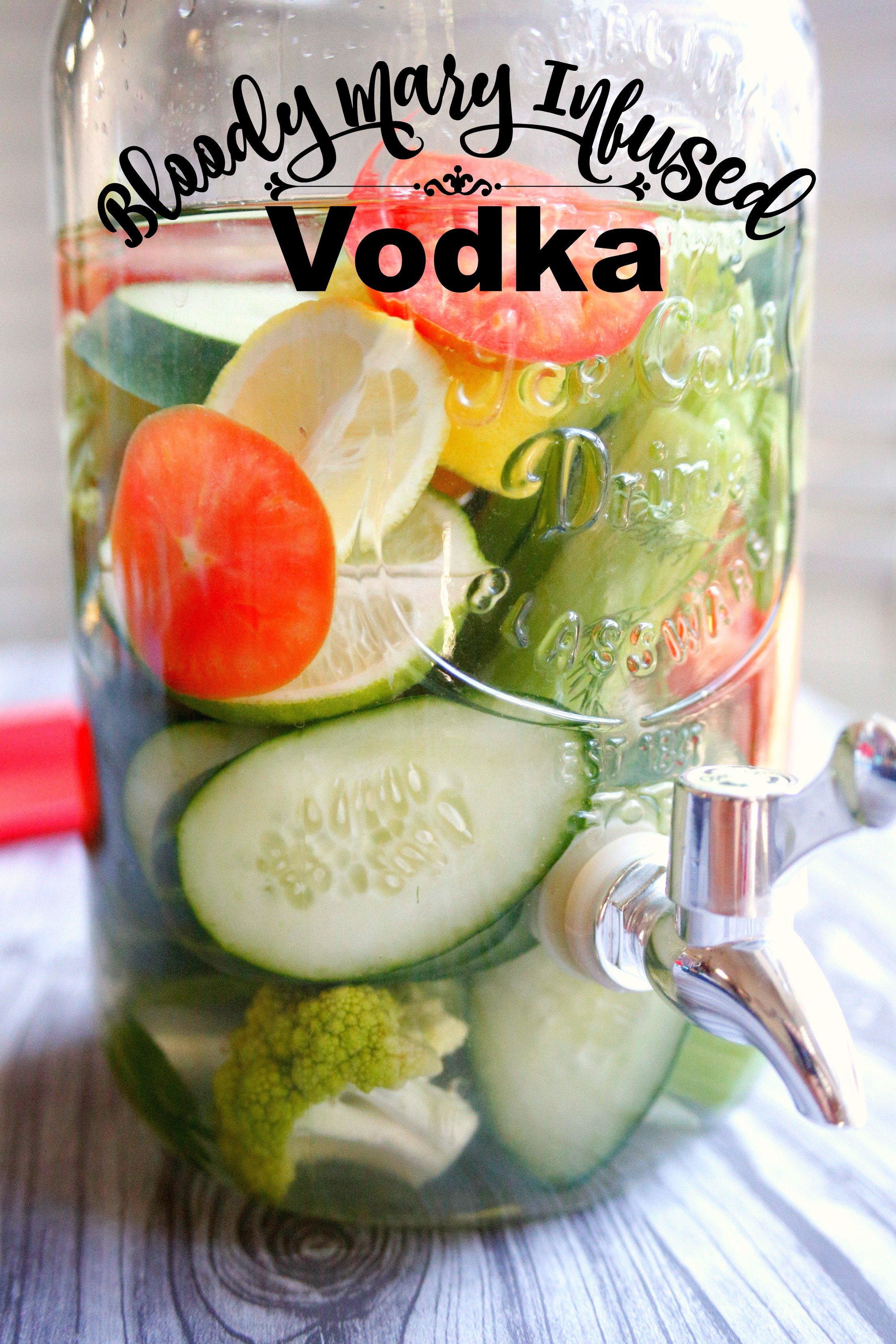 A Twist on a Classic

A Bloody Mary is one of those classic drinks that will never go out of style.  It's also one of the few drinks besides a mimosa that is acceptable to serve at brunch.  I've been loving seeing all of the Bloody Mary bar ideas on Pinterest lately and I wanted to have one at our Patriotic red, white, and blue party. 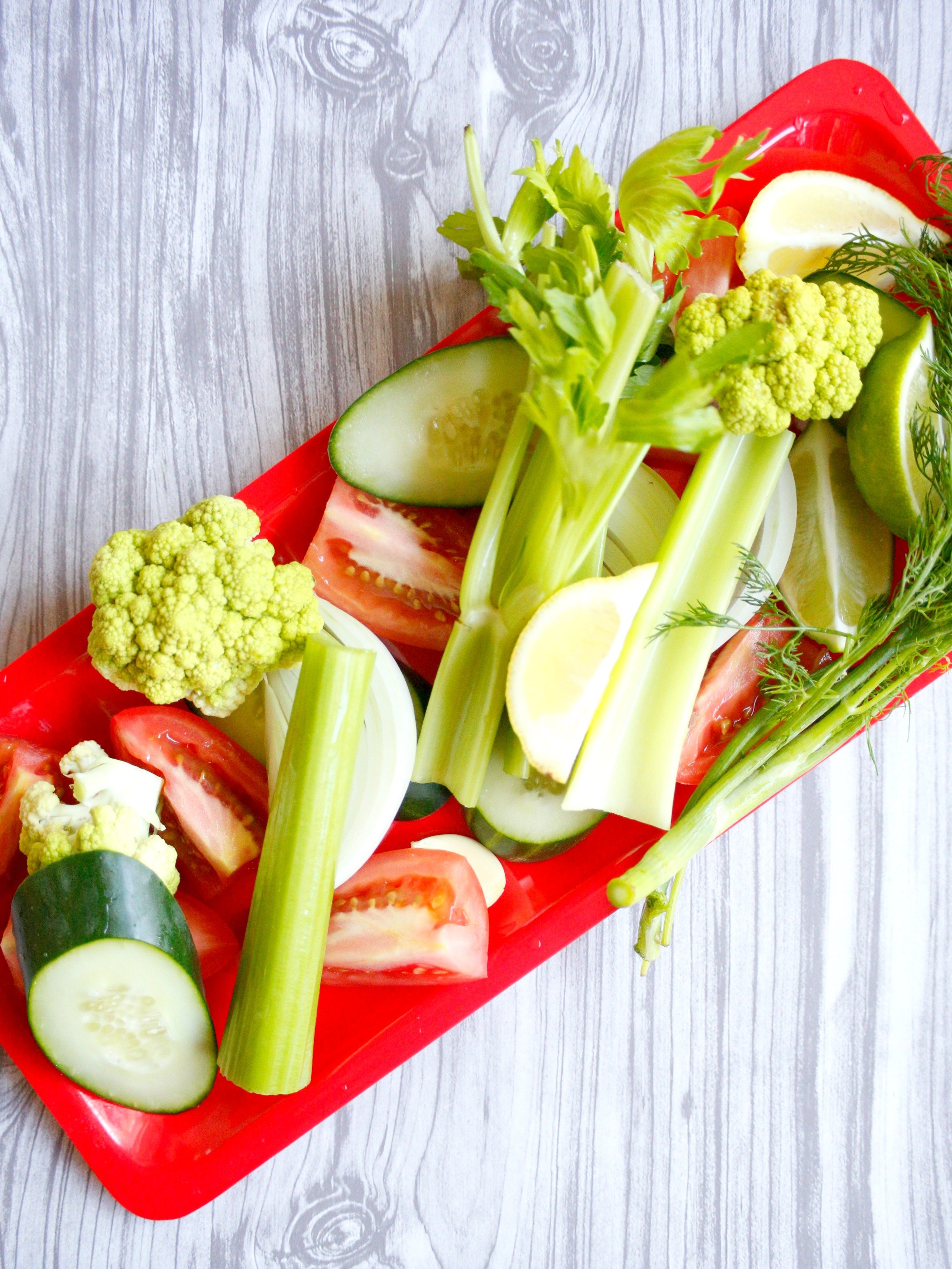 How To Make Infused Vodka

About 10 years ago I realized how much I like cucumber infused vodka.  I wanted a special infused vodka to go with the Bloody Mar bar.  For the vodka I included the flavors from tomato, cucumber, celery, onion, garlic, fresh dill, cauliflower, lime, and lemon. 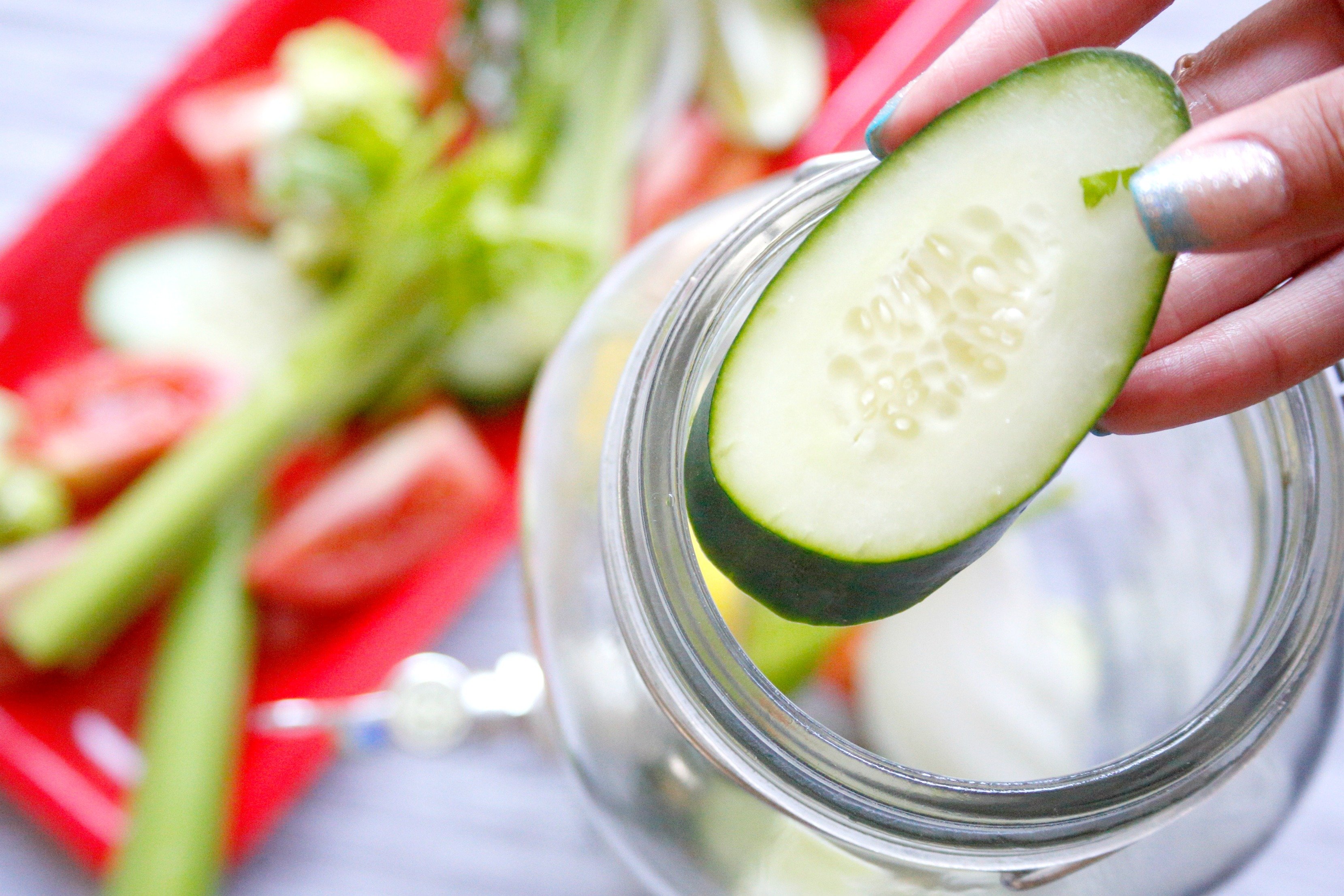 This homemade infused vodka couldn't be easier.  Just add all of the veggies to a container, top with vodka, and let infuse in the refrigerator for 3 or more days before your event. 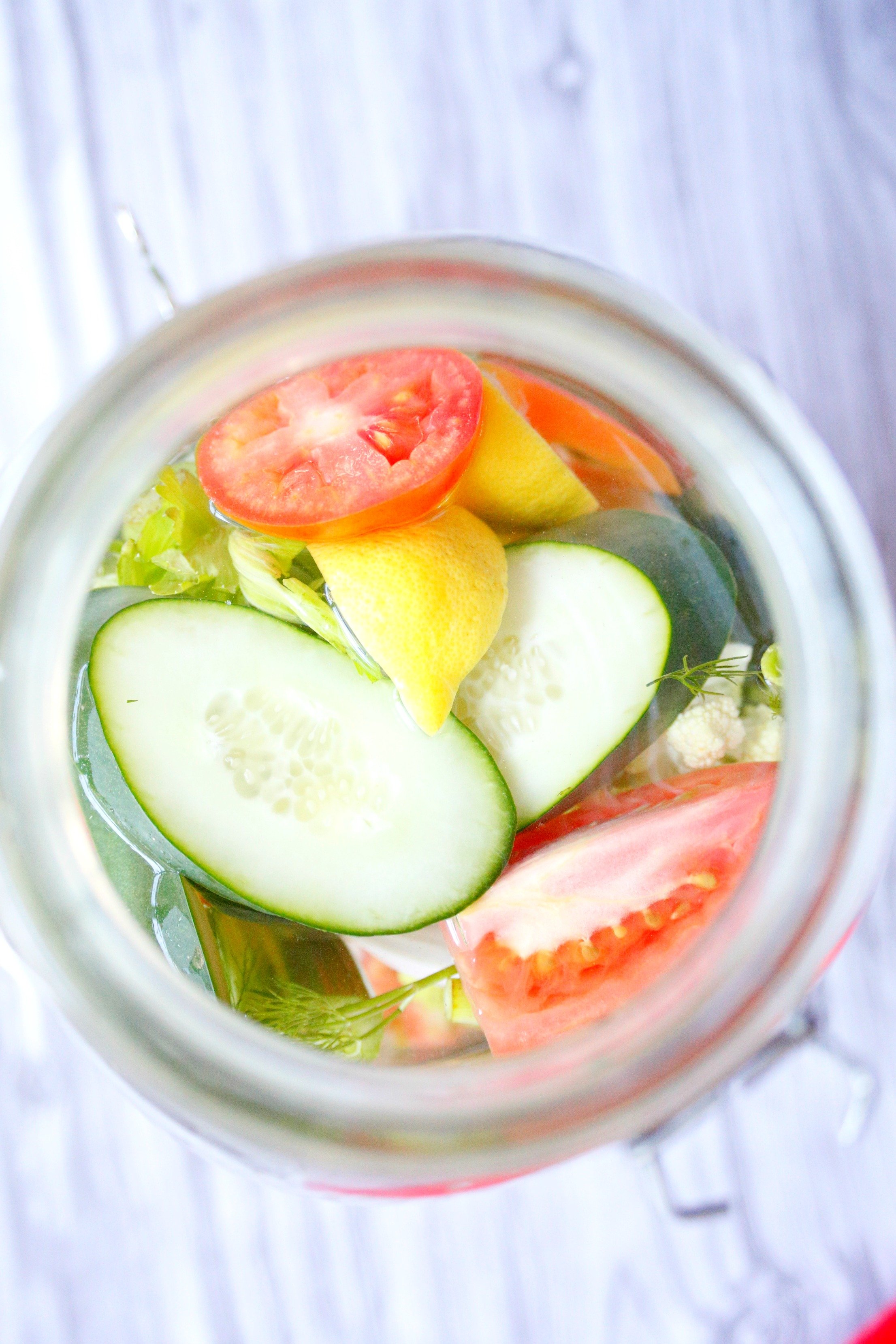 Here's a quick video to see this recipe in action:

Thoughts for Next Time

Like I said, I saw a bunch of ideas on Pinterest and these were the vegetable recommendations along with using a cheap vodka.  Next time I make Bloody Mary infused vodka, I'll use less cauliflower and onion.  I'll also use a better vodka like Smirnoff.  Even though the veggie flavor was infused and very much changed the way the vodka tasted, I would have preferred a smoother taste even though the Bloody Marys themselves turned out pretty yummy. 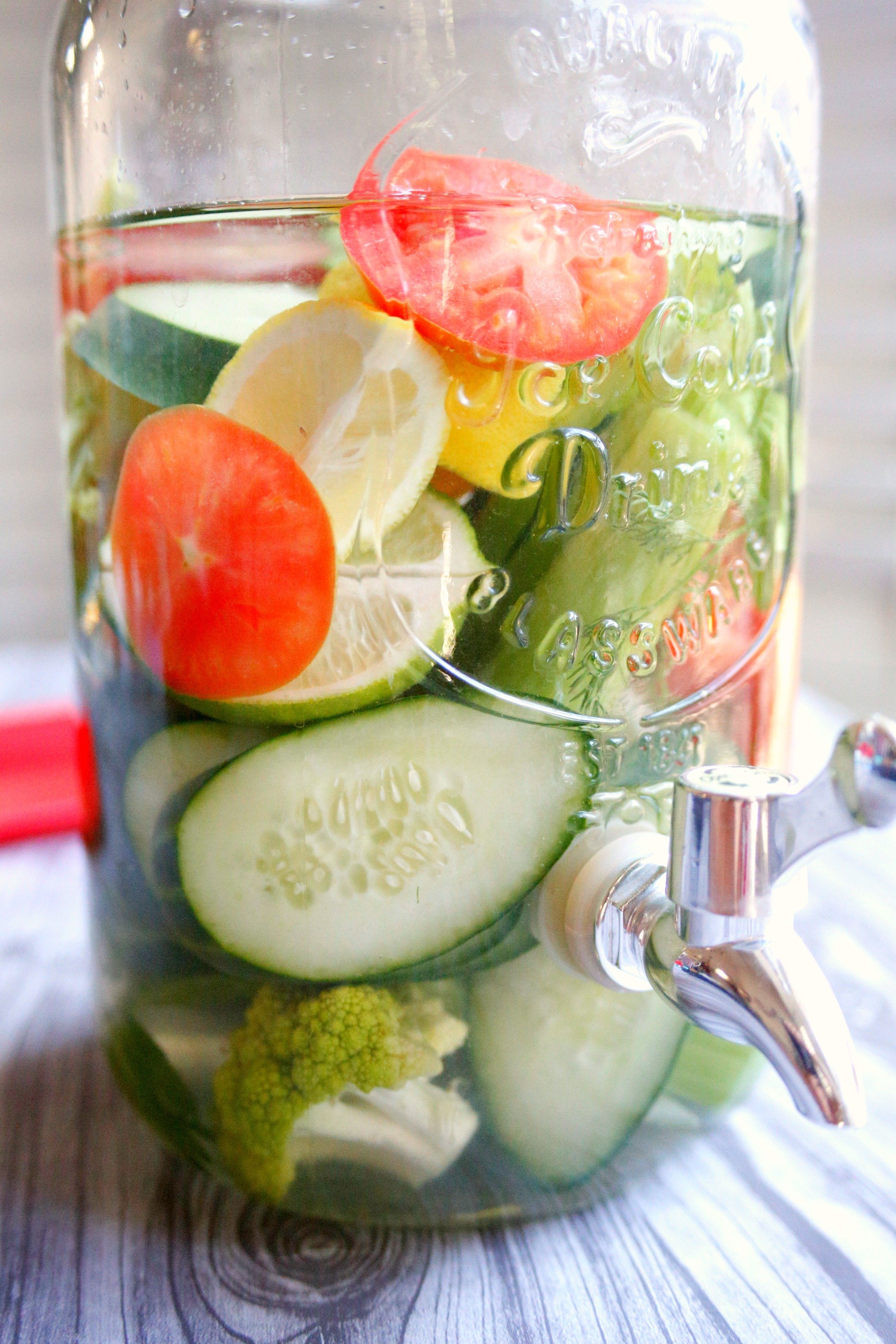 In retrospect I would have definitely made making labels for the party a priority.   When most of my guests arrived at the party, they thought this was infused water!  Fortunately it only took about 5 minutes before everyone knew this was in fact vodka for Bloody Marys. 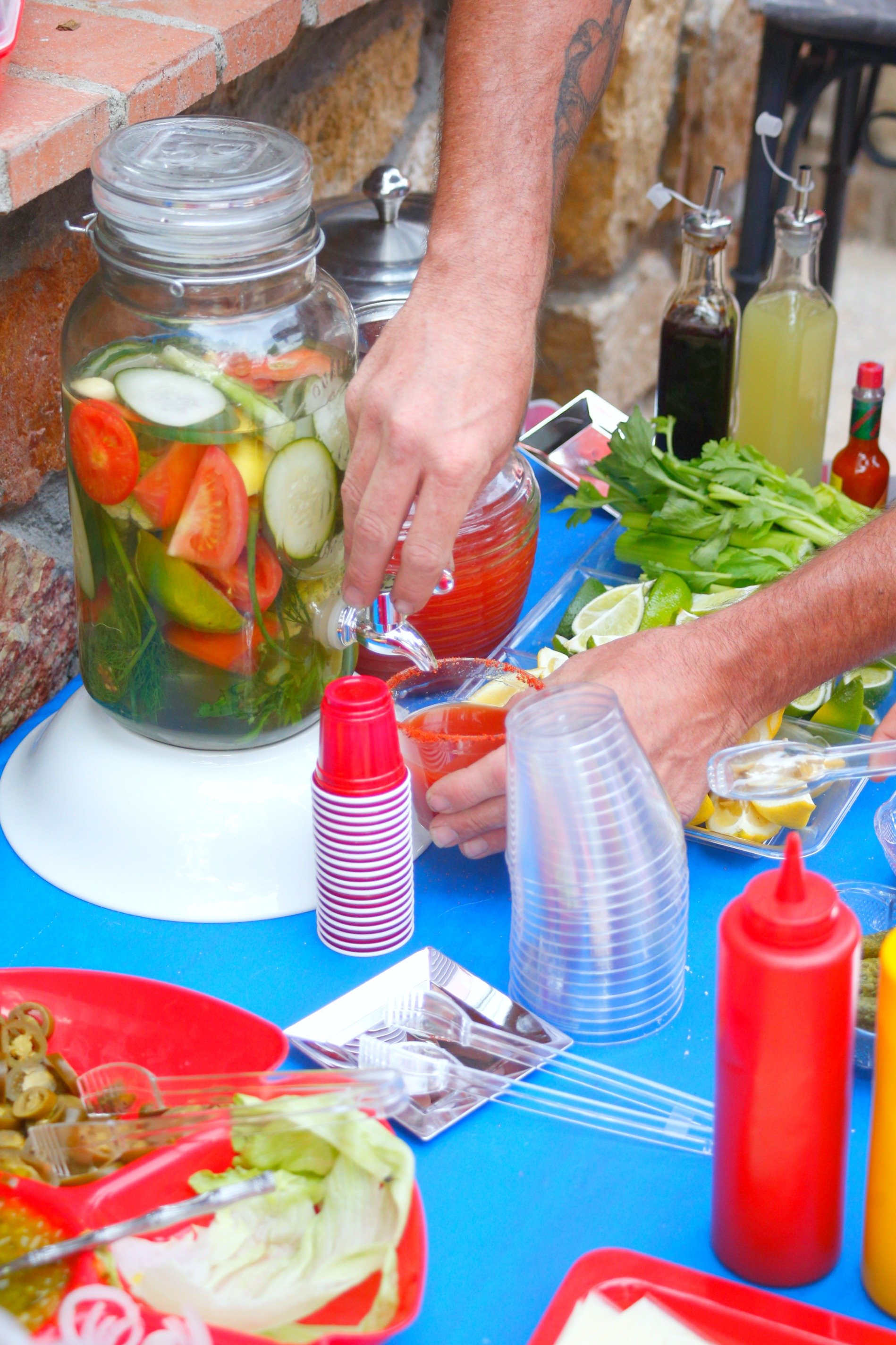 One of our friends asked if he could have the leftover veggies from the vodka.   He said he was going to take them to work as a salad for lunch (I'm still not sure if he was being serious or not LOL.)  Anyway, that didn't end up happening.  Our party went on past 2 am, and you know what they say - "nothing good happens after 2 am."  Let's just say there was a lot of daring going on with eating the vegetables out of the vodka.  Do you know how much vodka a tomato can soak up after 3 days?  Be warned - there is such a thing as a veggie hangover! I would recommend throwing the veggies away when you are ready to pack up the Bloody Mary bar.

You're finally going to be able to see the full red, white, and blue Patriotic party in my next post where I will also be sharing everything I included on the Bloody Mary Bar.  Until then, make sure to also check out my Patriotic Rosettes, and Patriotic Napkin Rings.
Print
Yum
Bloody Mary Infused Vodka

I purposely did not include amounts on the ingredients because it all depends on what you would prefer to be the majority flavor.