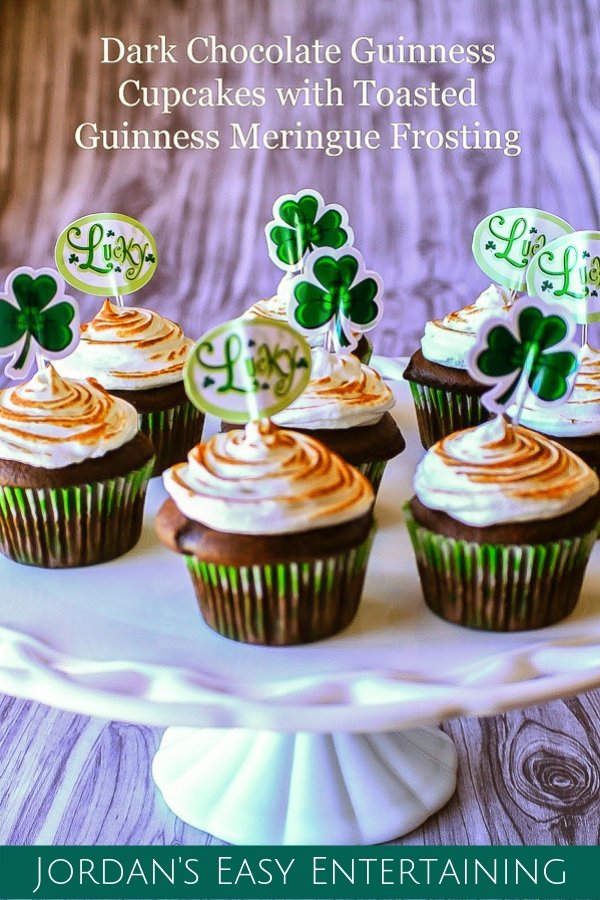 *This post contains affiliate links for your convenience.  If you decide to make a purchase through one of these links, I will make a commission at no additional cost to you.  See my full disclosure policy to learn more.

During my senior of college the time came to pick an elective course so I could graduate.  Most of my friends decided to take the wine appreciation course that my school offered.  They would come home from class so happy, and talk about how wonderful it was to taste different wines and the food that pairs well with them.  I almost decided to take the class as well, then changed my mind at the last minute. Instead, I signed up for Beer Brewing Science and Society.  Because of that class I fell in love with dark beer, and I know how to brew my own. I also happen to have come to the conclusion that dark chocolate pairs very well with dark beer.

My best friend also happens to love dark beer.  During the olden days, we would go out and have a Guinness together.  She even got to spend a semester abroad in Ireland, and teased me about going to the Guinness factory.

With St. Patrick's Day being so close, of course I had do a recipe with Guinness.  And like I said, I think dark chocolate goes well with dark beer.  So, I decided to make these dark chocolate Guinness cupcakes.

Even while they were baking, I wasn't really sure what frosting to top them with.  More chocolate?  No.  Buttercream?  I don't think so.  Maybe even a Bailey's frosting.... I didn't have any Bailey's, but I think I might try that next time.  So then I was thinking something marshmallowy sounded good.  And I should add some more Guinness.  And then I should toast it. 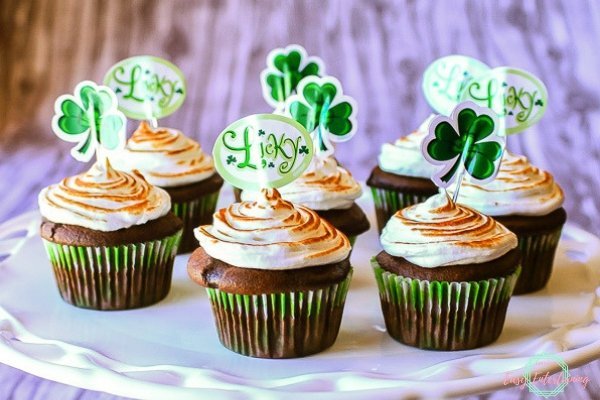 For the cupcakes, I used a box of Duncan Hines Dark Chocolate cake mix.  I used Safflower oil and substituted Guinness for the water.

Once the frosting was ready, I put it into a piping bag and frosted the cupcakes.  Then I took my kitchen blow torch to give the frosting that wonderful toastiness. 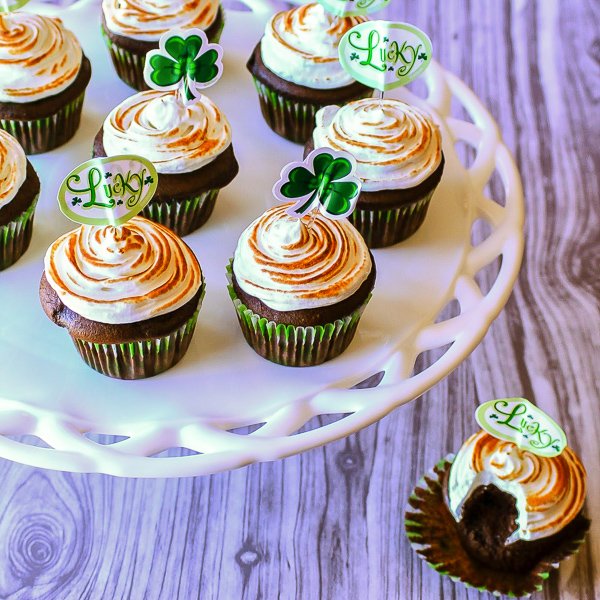 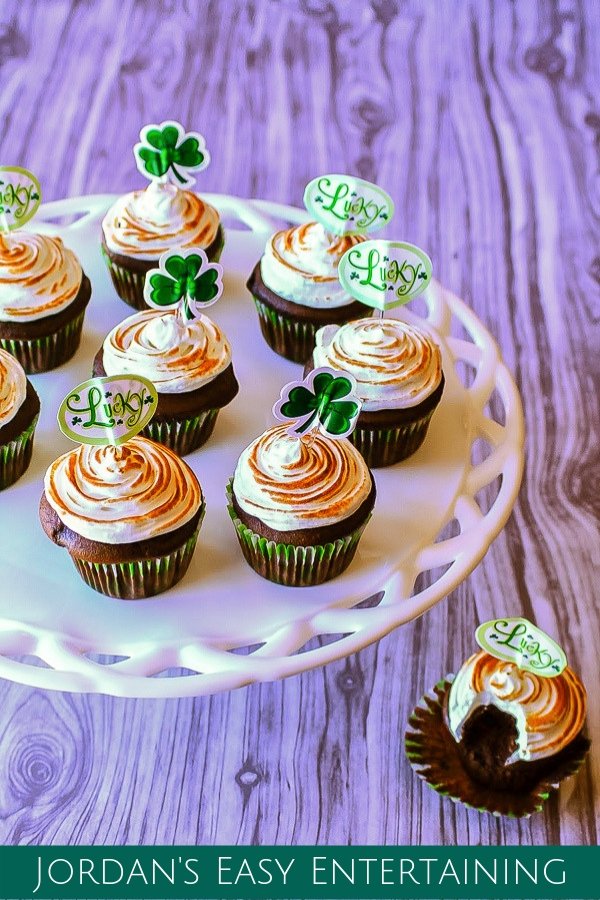 Did you like this recipe?  If so, I invite you to sign up for my newsletter for more tasty recipes, fun crafts, and party plans.  As a subscriber, you'll also receive other exclusive free content and printables as a thank you.

Well, that's it for this post! Until next time!