Howdy Y'all! Are you ready to sink your teeth into this yummy lobster bruschetta? 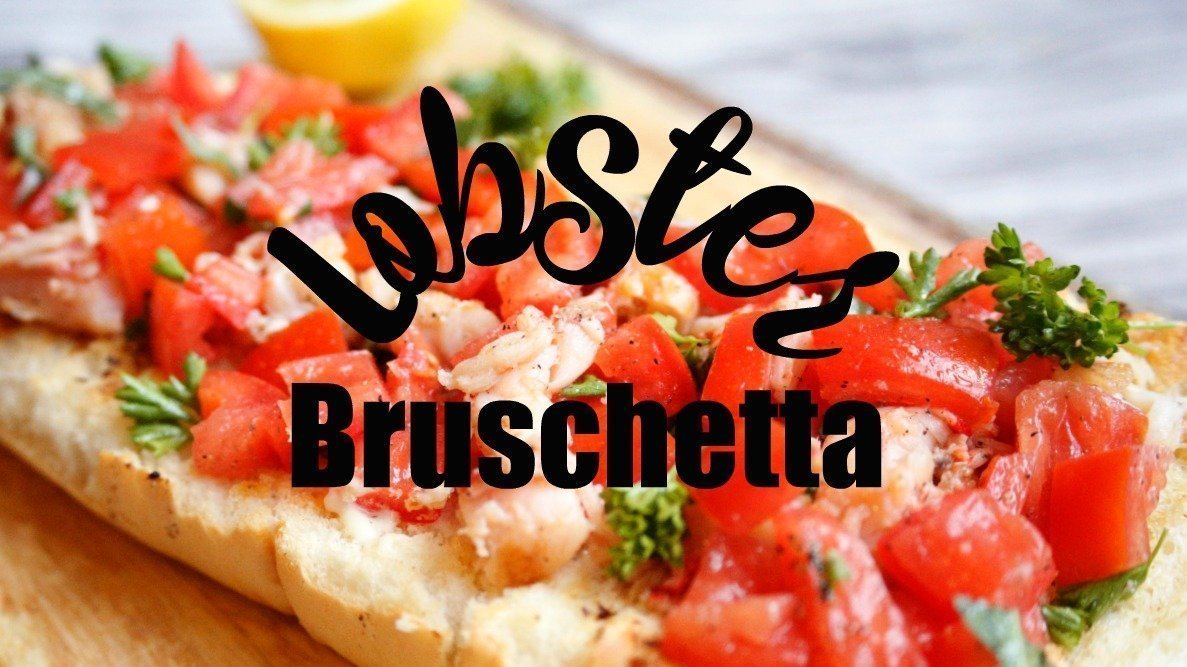 As you may or may not know, I have an "Under the Sea" theme going on right now leading up to my Under the Sea party.  Make sure to check out this fun Under the Sea Party banner made by my friend Anna. In addition to all of the fun sweets we'll be having, I plan on serving a bunch of different seafood. 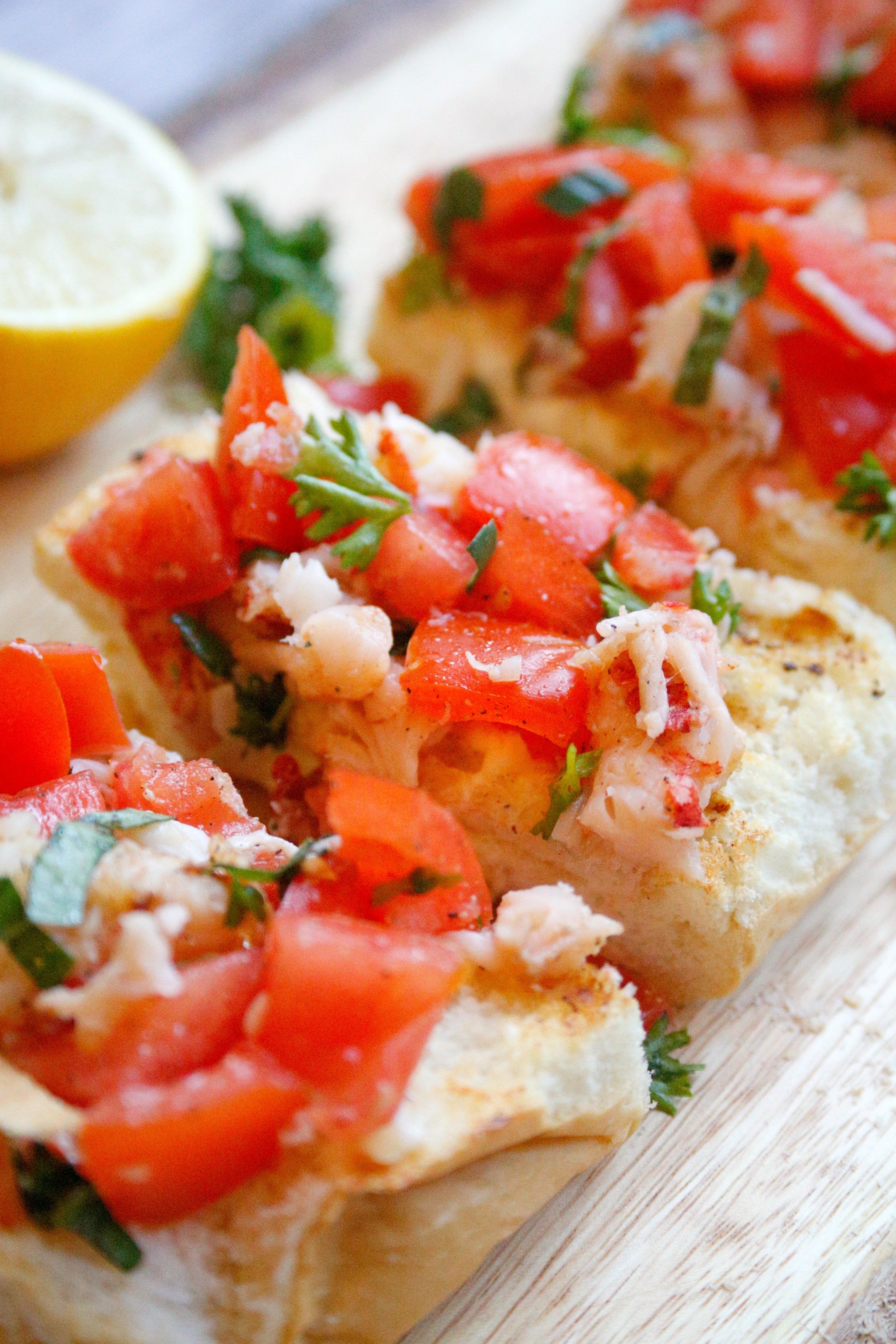 I actually saw this recipe in Cooking Light earlier this summer and couldn't wait to try it.  I. Love. Lobster.  Usually I'm a purists - there is absolutely nothing better than lobster with melted butter and a squeeze of lemon.   But this lobster bruschetta just sounded too good to pass up.  Tomato is another one of my favorite foods.  As a kid I would eat at least 1 tomato a day just as you would an apple. 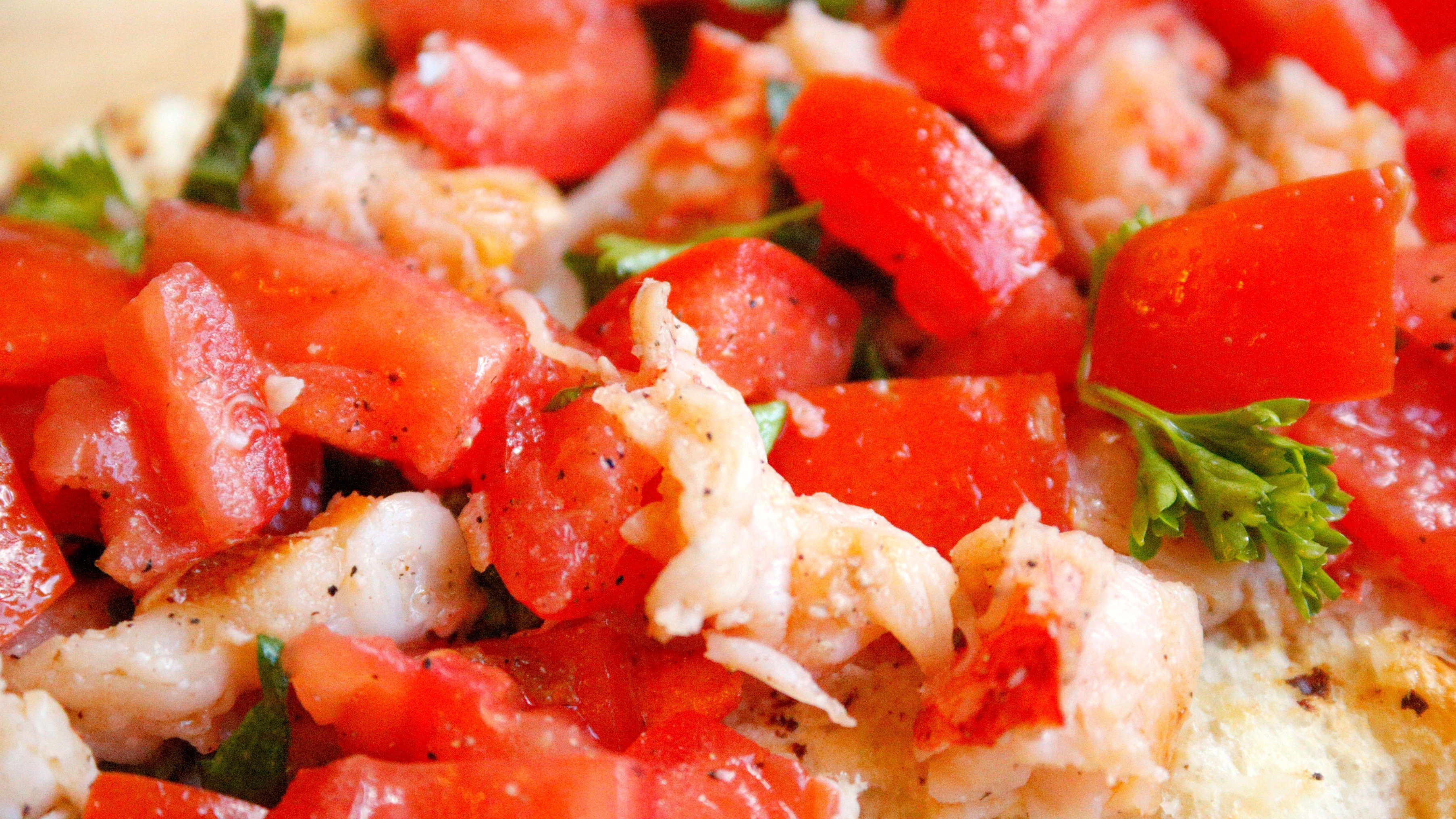 But back to lobster.  Yummy, yummy lobster... 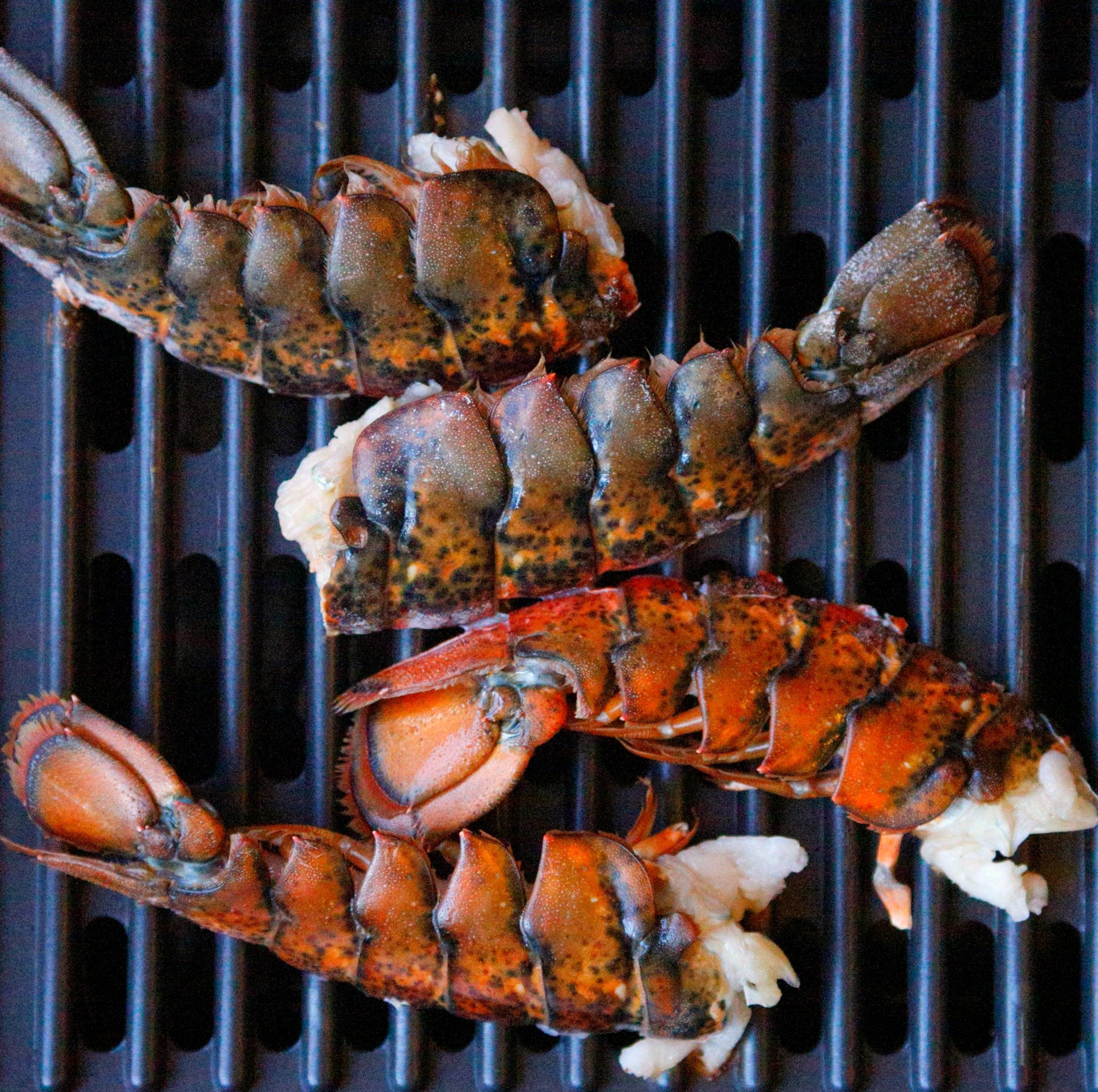 I actually have grown to love living in El Paso.  But every time we get the chance to go back east, especially to Newport, Rhode Island, I have to indulge in as much fresh caught lobster as I possibly can.  In fact, I frequently dream of having a cottage on the ocean and pulling in my lobster traps while I paint watercolors of the light house off in the distance..... 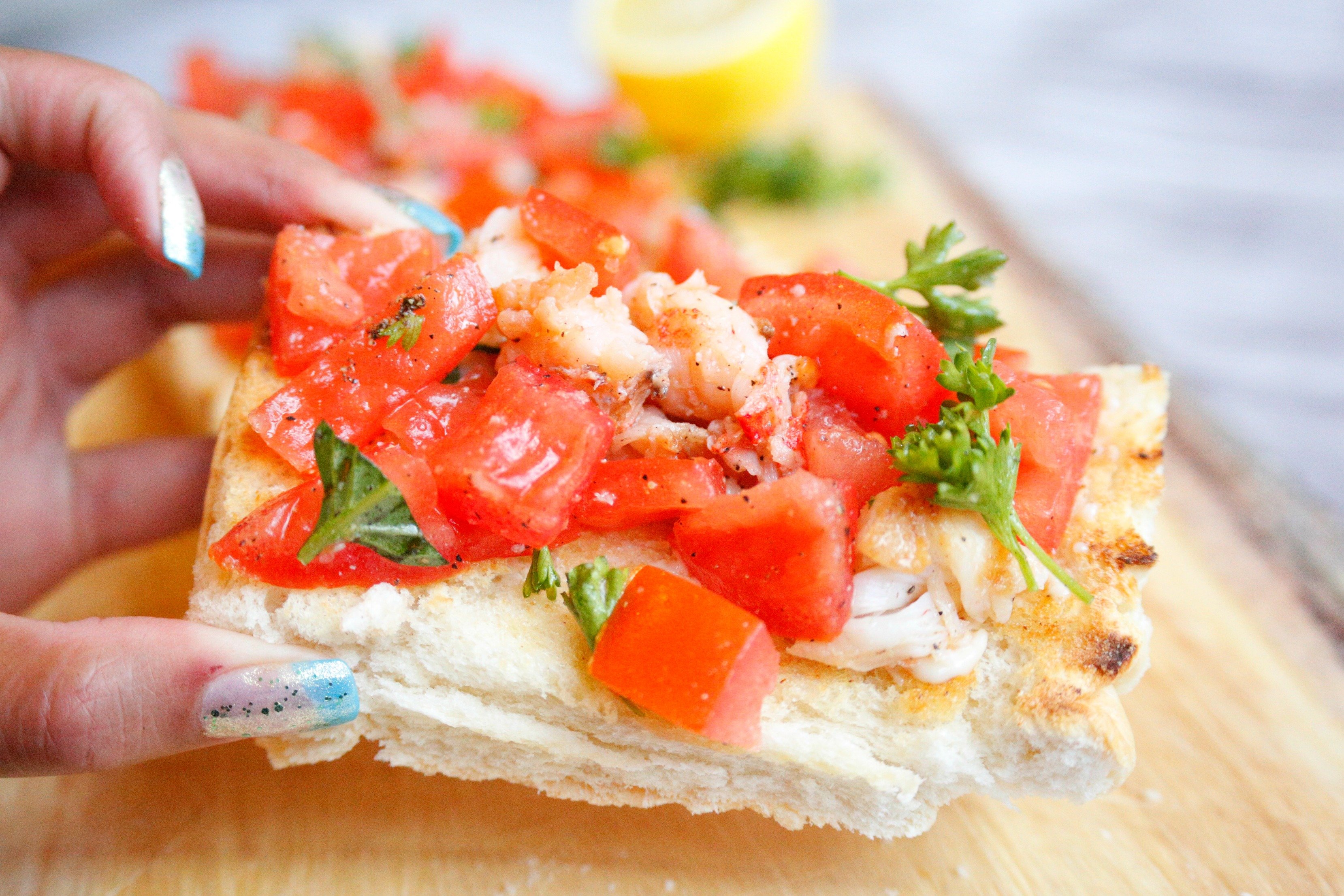 Back to reality.  Everything for this lobster bruschetta came from the grocery store.  At least here in El Paso, I can still have delicious lobster.  Ahhh.... modern convenience.  You know what's funny?  I was watching Food Fact or Fiction and learned that lobster used to actually be prison food.  Weird, right?  And indentured servants had in their contracts that they wouldn't eat lobster more than 3 times a week.  Lobster was in such abundance in the North East back in the 1700's that it was considered "poor people's food."  Then came the railroads where lobster was introduced to the rest of the country and became a delicacy. 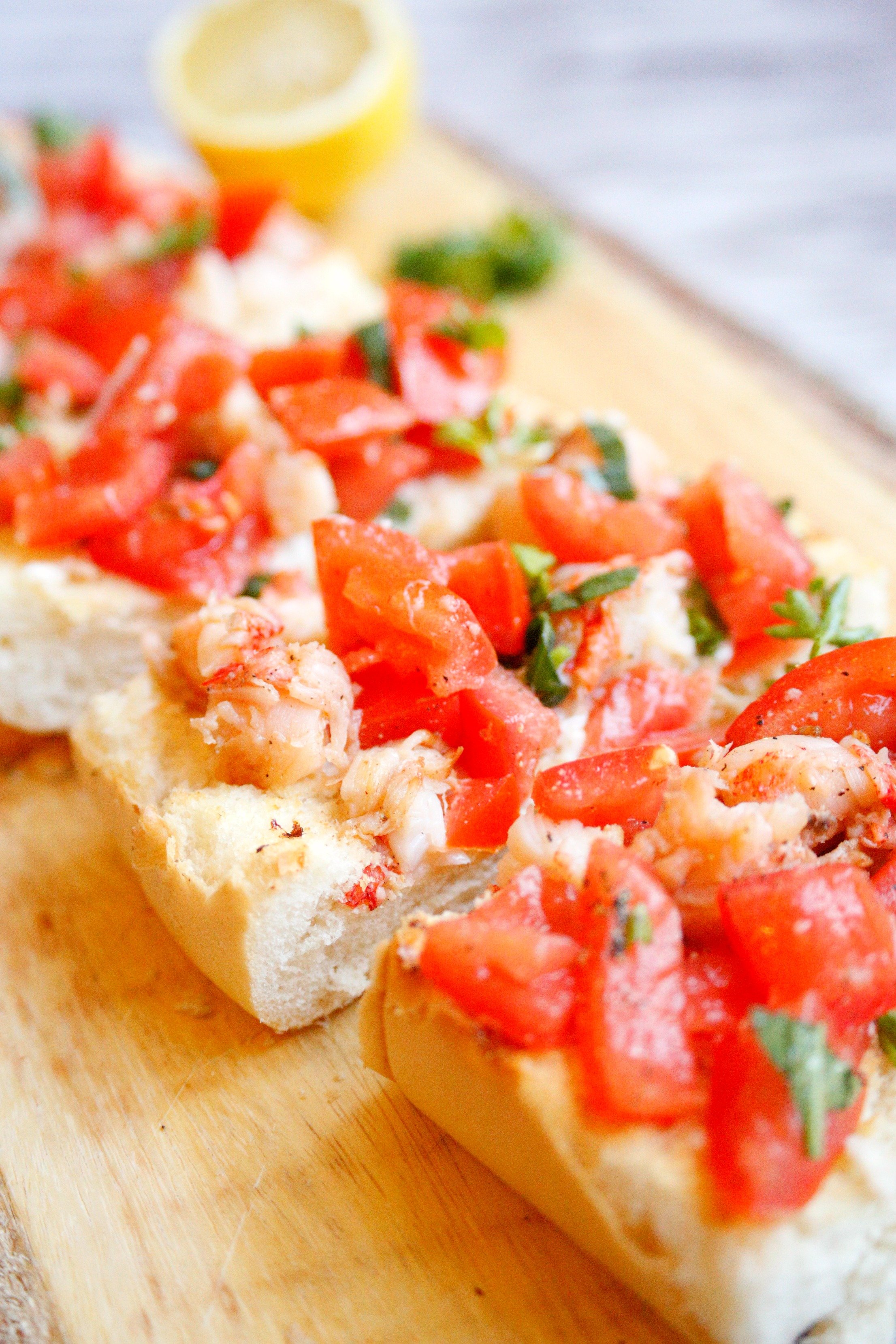 As has become the norm, here's a quick video of me putting together this recipe:

This lobster bruschetta is great for your Under the Sea Party or any time really.  I hope you like it!